Sine Die!  We Did It!
The Arts Matter!

Texans for the Arts is honored to have led the legislative strategy in the 86th Texas Legislative Session that led to the largest single increase and the largest total budget for the Texas Commission on the Arts (TCA) in the state agency's history. (The TCA was established in 1965).

The final budget approved in the 86th for the Texas Commission on the Arts is $16,443,083 for 2019-2020 and $11,493,038 for 2020-2021. These funds include a restoration of $5 million initially appropriated in the 84th Session and cut in the 85th Session, and an additional increase of $5 million for a total of $10 million for the TCA's Cultural District grant program, and a new $250,000 for the TCA's Arts Respond grants that expressly fund programs that use the arts as a means for healing in working with veterans and active duty service men and women and their families.

Texans for the Arts would like to give a particular shout out to Chairman Jane Nelson, Chair of Senate Finance Committee and Chairman John Zerwas, Chair of House Appropriations Committee, (and both leading the Conference Committee) in addition to a "thank you" to all of the legislators and their staffs who worked with us on this effort, all of our member organizations and individuals who support our work year round, to the Texas Cultural Trust for the important use of the "State of the Arts/Invest in the Arts" economic impact analysis and for providing testimony and advocacy support throughout the session, to all of the attendees at Texans for the Arts Foundation's 2019 Arts Advocacy Day who made over 80 legislative visits, and to the other arts leaders who traveled across the state to testify at House Appropriation and Senate Finance Committee hearings. It has taken ongoing work over the past 19 months to build a strong advocacy case for increasing the state's investment in the arts.

These funds will make a significant difference in the Texas Commission on the Arts' capacity to reach even more citizens across the state with dynamic, engaging, thoughtful and community enriching cultural and arts programming.

In addition to our funding efforts for the Texas Commission on the Arts', Texans for the Arts helped initiate SB1319, the County HOT Transparency Bill. This bill would have required County leadership to submit annual reports to the Texas Comptroller of County HOT % and receipts from across the state some % of which is eligible for arts and cultural tourism funding. While the bill passed in both the House and Senate it got vetoed by the Governor at the 11th hour due to an unrelated amendment attached to the bill. We would like to thank Senator Brian Birdwell, and our partnership with Texas Hotel & Lodging Association, for their support in trying to ensure the passage of this bill.  We will start fresh in the 87th Session with a revised version and try again! 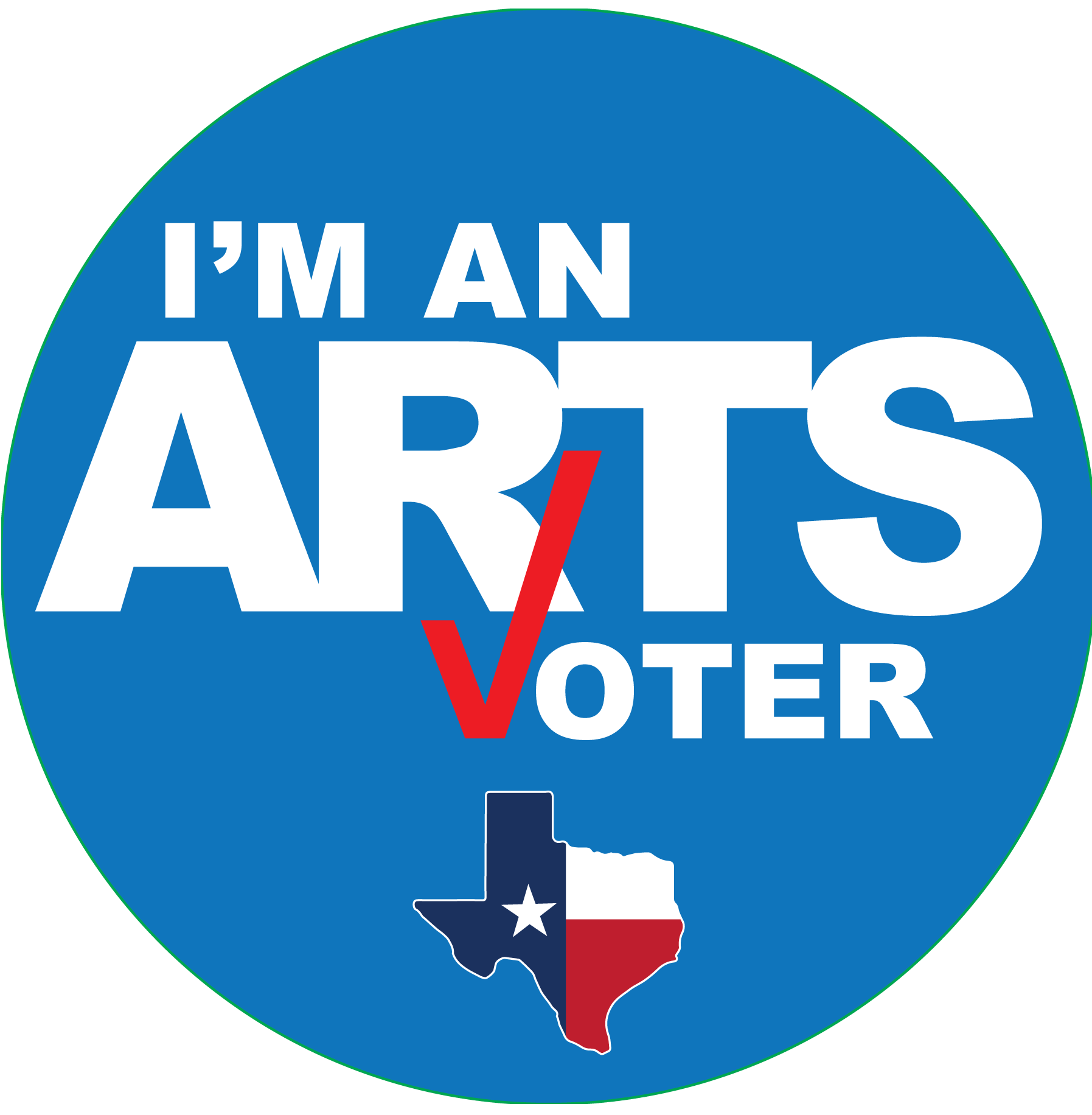 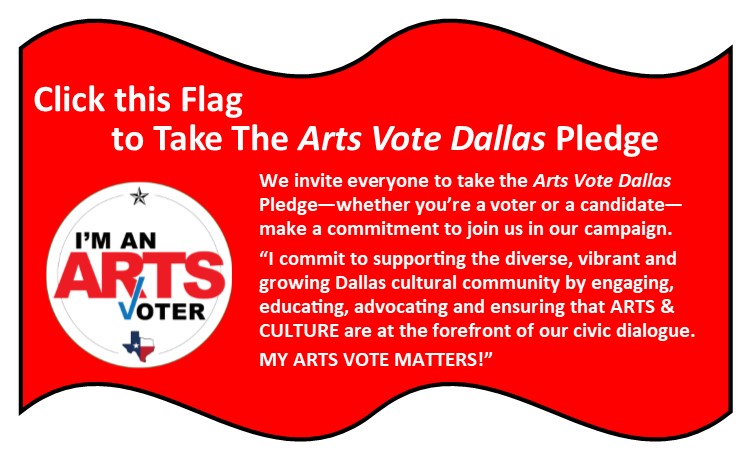 THANK YOU ADVOCATES FOR SPEAKING UP AT

The Texas House of Representatives saw some changes in its makeup following the mid-term elections on November 6th, 2018. The House will have 84 Republicans and 66 Democrats to begin the 86th Legislative Session as 12 seats switched from Republican to Democrat.  And, we have seen that Representative Greg Bonnen (R-25) has replaced former Representative Joe Straus as Speaker of the House.

The Texas Senate also has some fairly significant changes. It will have 30 Senators at the beginning of next session as Sylvia Garcia (D-Houston) won her Congressional race and will resign her state Senate seat.  The initial makeup will be 19 Republicans and 11 Democrats.  Two Republicans lost their seats - Konni Burton (R-Colleyville) and Don Huffines (R-Dallas).  They will be replaced by Beverly Powell (D) and Nathan Johnson (D), respectively. Other newcomers to the Texas Senate are Rep. Pat Fallon (R), who replaces Craig Estes (R-Wichita Falls); Angela Paxton (R), who replaces Van Taylor (R-Plano); and Pete Flores (R-Pleasanton), who defeated Carlos Uresti (D-San Antonio) in a special election earlier this year. 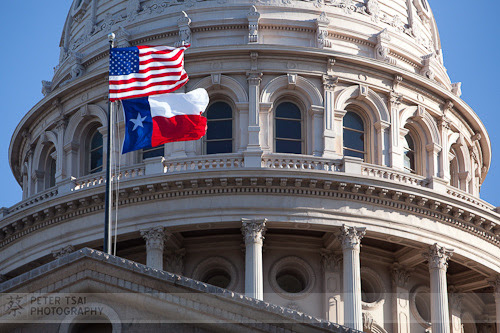 The 12 GOP House districts won by Democrats have at least one thing in common: They're located on the outskirts of Texas' biggest cities, with Republican representatives losing in the suburbs of Houston, Dallas and Fort Worth.

It was also an election marked by women winning in races across the country. Nine of the Democrats who prevailed in the 14 Texas House and Senate seats are women.

The midterm elections also mark the beginning of the final push towards the start of the 86th Congressional Session in Texas. Texans for the Arts is looking forward to working with members of both parties to achieve our goal of increased funding and investment in the arts across Texas, enhancing the quality of life for residents, being a beacon for tourism, growing our economy, and strengthening the education of our children....through the arts!

For a comprehensive breakdown of each state-wide race and election results, click HERE.

Texans for the Arts surveyed Gubernatorial, State Senate and House candidates about their positions on a number of key arts and culture issues.

Candidates running unopposed still received the opportunity to fill out our survey in order to provide you with the most comprehensive information about our elected officials’ positions on arts and culture issues possible.

First look up your district numbers HERE so you can see if your elected officials or those seeking office responded!

We will continue to reference these survey comments and use them as openers for conversations with our elected officials about why the arts are so important across the state.

Special thanks to the students of MIS 374 at the McCombs Business School of the University of Texas at Austin for building this site!